This article reviews the top 10 Blu-Ray players under $500 available online.

There is absolutely no reason to pay huge sums of cash for a great Blu-Ray player these days, and there are lots of excellent Blu-Ray players out there that prove just that. Keeping the budget at $500 and under, we’ve shopped and tested today’s market. This is what we ultimately found. The following represent the top 10 Blu-Ray players under that $500 price tag.

Big-name Sony really does it right with their model UBP-X700 4K Ultra HD Blu-Ray Player. At the press of a button, you get excellent 4K video, great Hi-Res audio, and a player that recognizes and plays just about any disc format you can manage to throw at it. A high-quality dual HDMI setup also provides for additional output clarity. Even better, one year of comprehensive warranty coverage comes standard in this great buy for the buck. 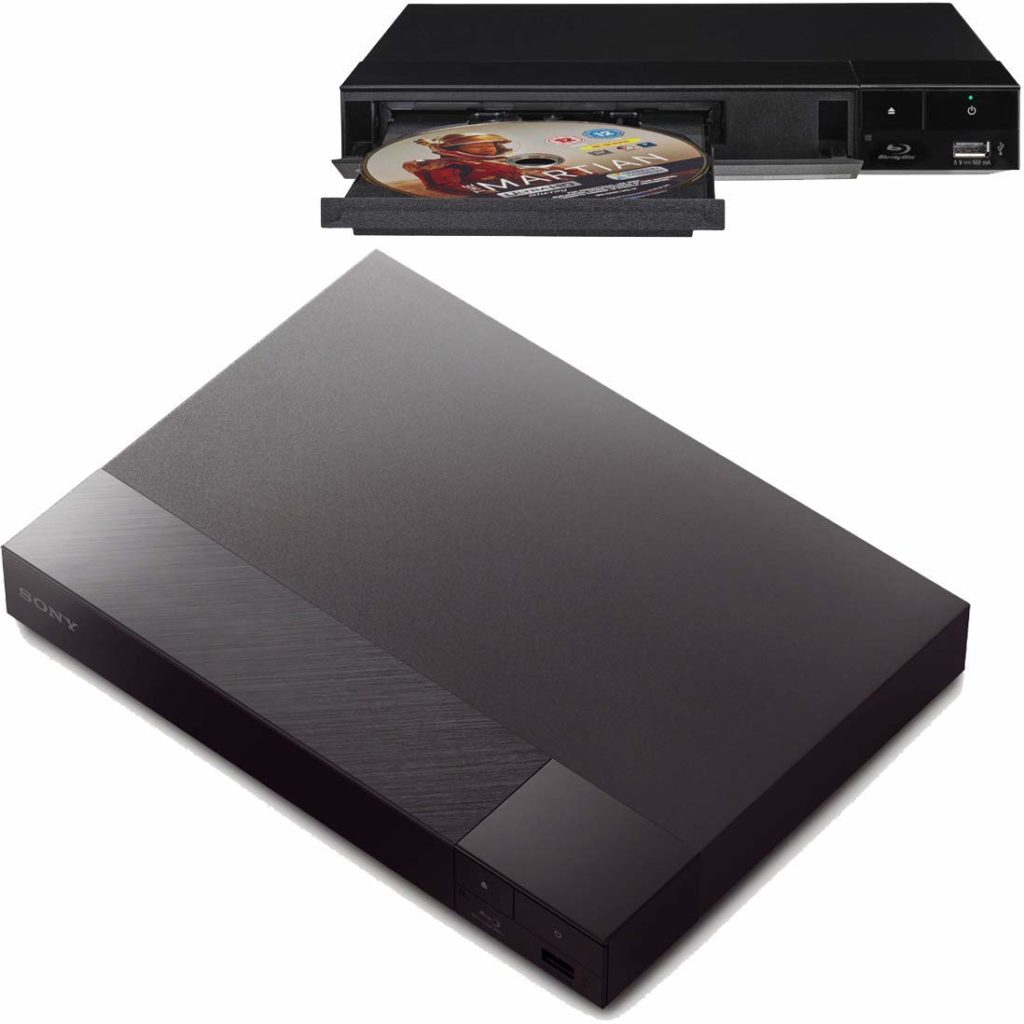 Sony’s model BDPS6700 4K-Upscaling Blu-ray DVD Player certainly does not disappoint and actually comes with a complimentary X-tech HDMI cable as well as HeroFiber electronics wipes. Fans of upscaling will also be quite happy with this particular Blu-Ray unit, as it upscales even the most blurry original videos into the most high-def and crisp picture possible. Built-in super Wi-Fi and an interface that provides access to more than 300 app services also make this one a certain top-pick.

For those searching for the most sleek and low-profile looks in their home theater setup, the 4K Ultra HD Blu-Ray Player by Panasonic really does look great. However, beyond those looks, performance is also top-notch here with stunning 4K ultra HD output and Dolby Vision with HDR10+ capabilities. The audio output of this one really is noteworthy as well, and being able to so crisply play just about any type of audio file introduced is a heck of a perk all unto its own.

Samsung is another great choice in a lot of electronics, we find, and the namesake’s model UBD-M8500 4K UHD Blu-ray DVD Player carries on that tradition flawlessly. At a respectable price-point, buyers of this one get 4K ultra HD output that’s measured at approximately 4x the resolution of standard 1080p, high-end upscaling that really makes a difference, and sound that impresses with Dolby Digital Plus and DTS-HD high-resolution surround features. It’s also convenient to receive this unit’s complimentary, included high-quality HDMI cable and electronics cleaning wipes.

The UBP-X800 4K Ultra HD Blu-ray Player by Sony is a real game-winner. Some of our favorite features of this best buy include shockingly good 4K video output, sound that really rocks it with Dolby Atmos and DTS-X object-based surround capabilities, and a wide disc-compatibility range. The low-profile data-input port on this unit’s face is also a great feature that makes life a lot easier when going through all those personal media files.

Sony does it yet again with the company’s super high-end Blu-Ray player, the X800 UHD 2D/3D model. You can’t help but to be wowed when you take in all this one has to offer: region-free, wide-compatibility disc playing, top-notch 4K video with 3D capabilities, and Dolby Atmos that really just seals the deal. Sony even went to the lengths of designing the X800’s chassis so as to eliminate micro-vibrations and all outside electronic interference.

A great overall and even 3D experience awaits the buyer of LG’s 4K Ultra HD 3D Blu-ray Player. To get things started, this one offers impressive True-4K ultra HD playback with HDR compatibility on top of a highly accommodating range of recognized disc types. After that, you also can’t help but to be impressed by this player’s high-quality audio output, always flawless USB and Ethernet interfacing, and upscaling that definitely helps to drive home the whole viewing experience.

The most affordable Blu-Ray player on our list is the Philips BDP2501/F7. While priced to really move, you can still expect a truly great experience in this package. Game-winning features here include highly reliable, built-in Wi-Fi 802.11n, EasyLink control over all, connected HDMI components via the one remote, sharp 1080p video output, and advanced Dolby audio delivery for great sound quality that rivals that of much more expensive Blu-Ray players.