For many years, Sony has played a dominant role in producing high quality electronics, and specifically, home theater AV receivers. A good AV receiver is one with great features that also emits crisp and clear audio and video without issues such as loosening ports, interference, or ridiculous power limitations, and Sony knows this market well. But which Sony home theater AV receivers offer not only that renowned quality but also at an affordable price point to the buyer? Follow along for our top-ten list of budget home theater Sony AV receivers for 2019.

The STR-DH790 is a 7.2-channel, 4k HDR, quality AV receiver. With Advanced Auto Calibration technology, Enhanced Audio Return Channel capabilities on its HDMI outs, and Dolby Atmos with DTS-X, object-based surround sound, achieving just the right atmospheric effects for any situation is easy. Its 145 watts is attributed to each of the receiver’s channels, and a reliable, built-in Bluetooth system makes connectivity a sure thing every time.

Sony’s STR-DH590 Multi-Channel AV Receiver is a great choice for budget shopping. This 5.2-channel wonder works with a total of 725 watts and a 4-in-1 HDMI out and audio return channel. The system’s advanced auto-calibration program and 4k pass-through also work very well together, while solid Bluetooth connectivity and a good input selection really seal the deal and alleviate those common headaches found in other, comparable units. 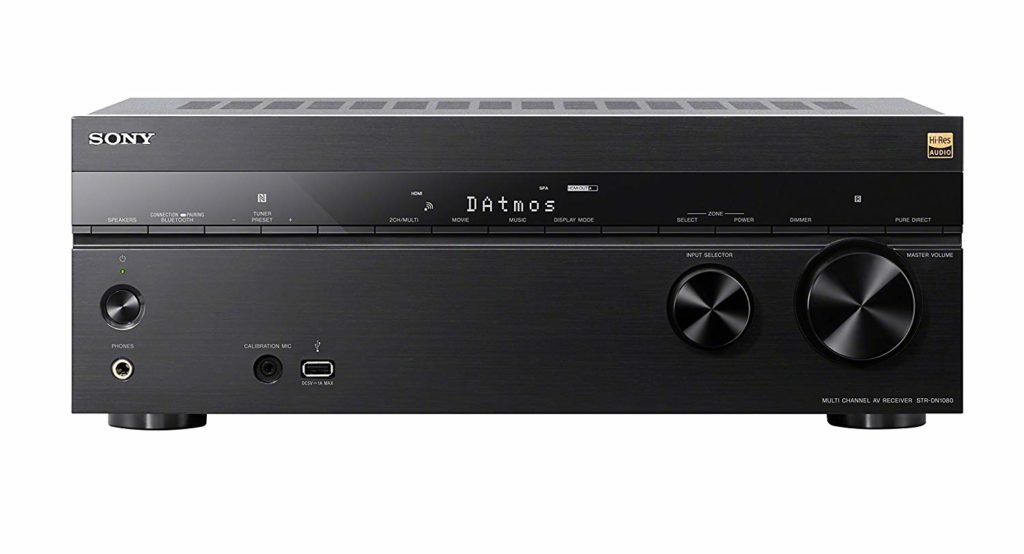 If any receiver unit deserves the title of “home theater AV receiver, the company’s model STR-DN1080 is it. This entertainment powerhouse boasts a 6-in and 2-out HDMI connection series, high-quality 4k HDR pass-through, built-in Chromecast, DTS-X object-based surround sound for any speaker configuration, and all at a reasonable price point when compared to the rest of the market. For a bonus, this system is even widely compatible with many, popular whole home systems such as Google Home and AirPlay.

In the world of Sony quality, it doesn’t get much more affordable than the company’s STR-DH190 model. Here, we have a solid, 100-watt x2 receiver system with reliable wireless connectivity and lots of on-deck input options. Users can connect up to four speakers, zoned or simultaneously configured, and can also look forward to a low-profile body design which allows a nice fit into those smaller housing situations.

Sony’s model STR-DH770 is yet another top pick in excellent budget AV receivers right now. This unit provides users with a robust, 7.2-channel x145W output and a special HD-Digital Cinema Sound system for rich, theater-like sounds. A 4-to-1 HDMI system and video provided at up to 4K 60p 4:4:4 HDR make this unit a real winner in affordable home theater receivers that also pack quite the overall punch at the end of the day. 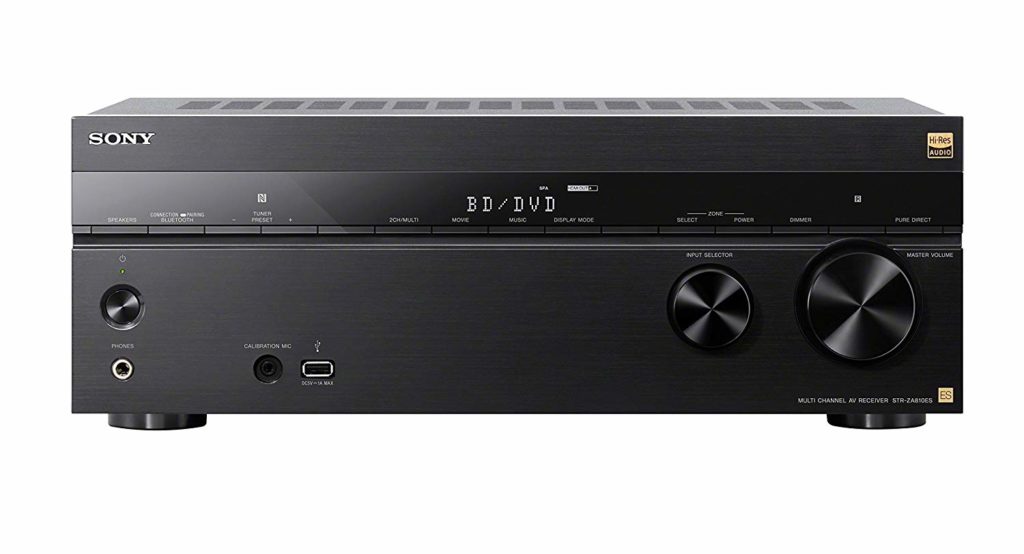 For those looking for a higher-end receiver product that is still reasonably priced versus many, other, competing units, the Sony STR-ZA810ES AV Receiver may just be the very best bet. This performer utilizes 7.2 channels at 100 watts per channel and even supports Dolby Atmos, and DTS-X object-based surround with two, additional phantom rear surround channels. Digital Cinema Auto-Calibration and 4k HDR compatibility with 6-in/2-out HDMIs and network-based, ongoing firmware updates make this one even more impressive. 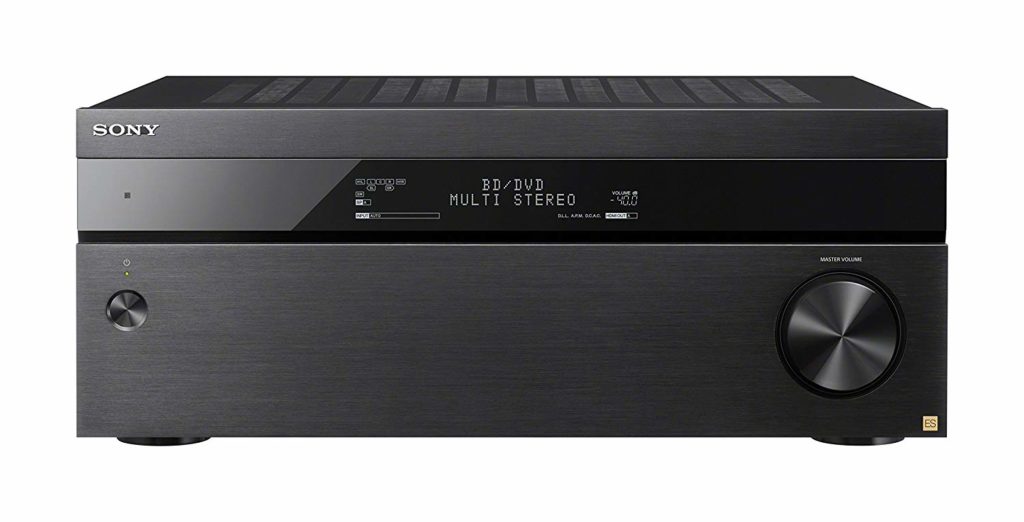 A real top performer among our list of top AV receivers is the model STR-ZA1100ES AV Receiver. The STR-ZA1100ES turns heads with its IMAX-enhanced immersion technology and its ES-grade multichannel sound combined with wireless multi-zone flexibility. Users can even browse the Web with a built-in browser while experiencing all the bravado brought by a high quality 7.2-channel, 4K HDR, 5-in/2-out system. If that’s not enough, this AV receiver certainly gets extra points for its Seamless IP Control Integration System that makes integration of a whole line of outside components a surprising breeze. 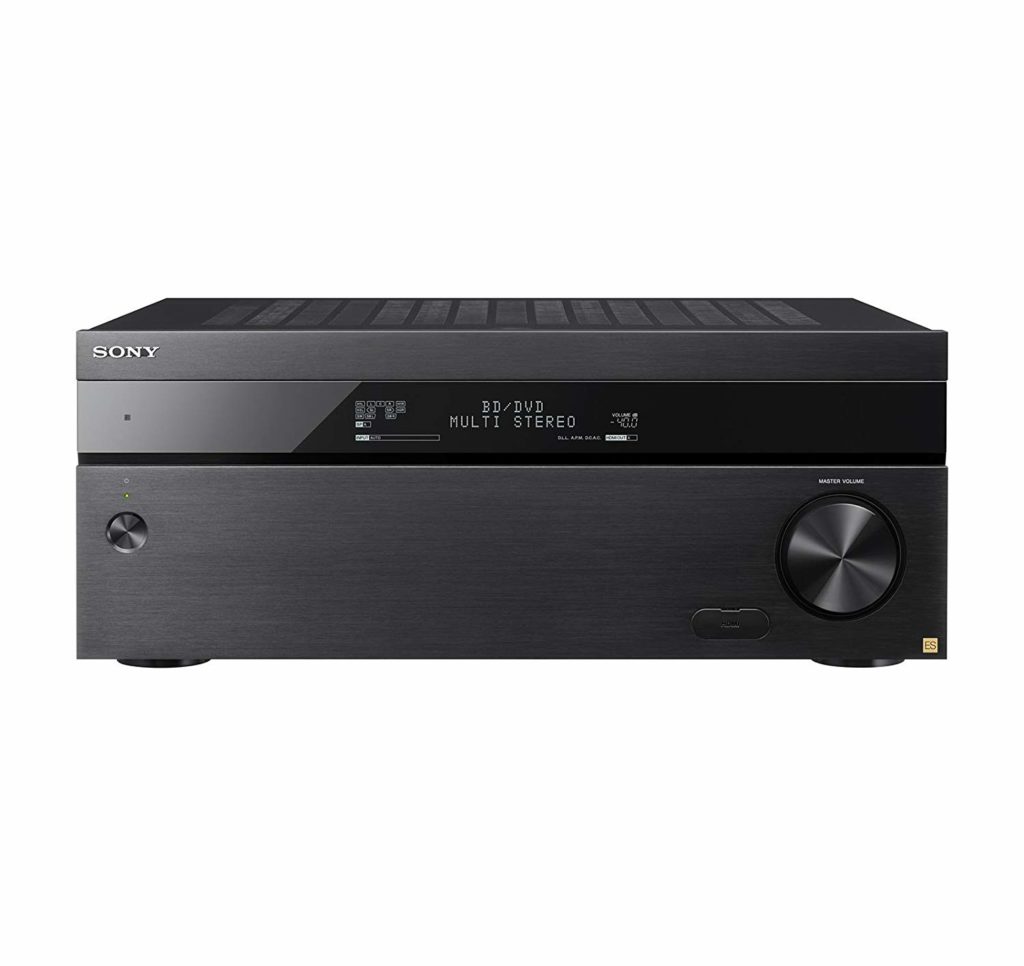 The heaviest hitter on our list is, undoubtedly, the Sony STR-ZA5000ES with its excellent, 9.2-channel, 130-watt overall production. Not to be outdone, this unit is loaded with upscale features like IMAX enhancement, 6-in/2-out HDMI support, and even an updated internal chassis and circuitry system to support more output than the normal receiver could ever handle. This unit also comes with a high-quality optimizer mic and a hardily designed remote control as well. 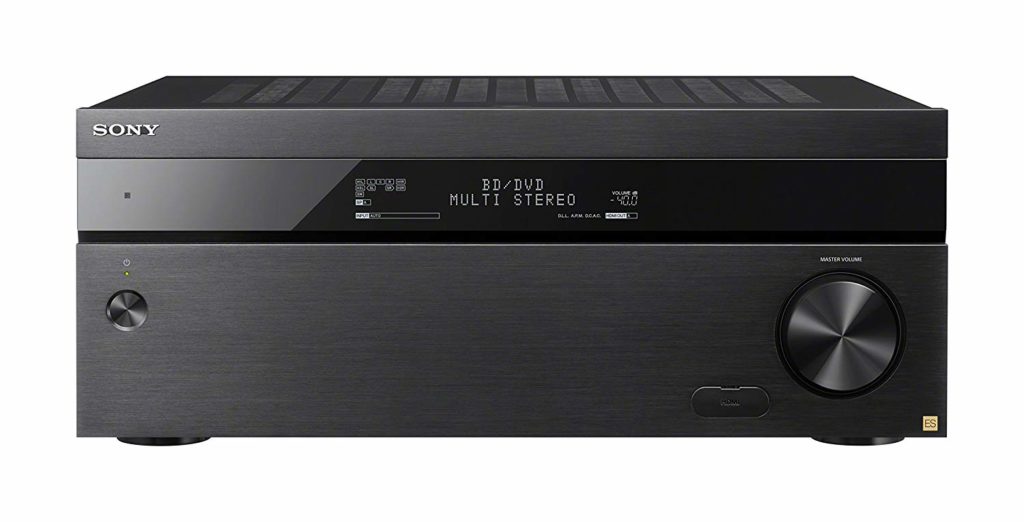 The Sony STR-ZA3100ES AV Receiver provides excellent, 7.2-channel service for a great price point compared to much of the competition. Here, we get full 4k HDR compatibility, 6-in/2-out HDMI flexibility, an 8-port Giga-bit Ethernet switch with PoE, and incredibly immersive IMAX enhancement capabilities. DTS-X decoding at up to 9.1-channels, Music-Connect for ES-grade multichannel sound, and even Seamless IP Control Integration for easy system upgrades make this deal even more worth writing home about. 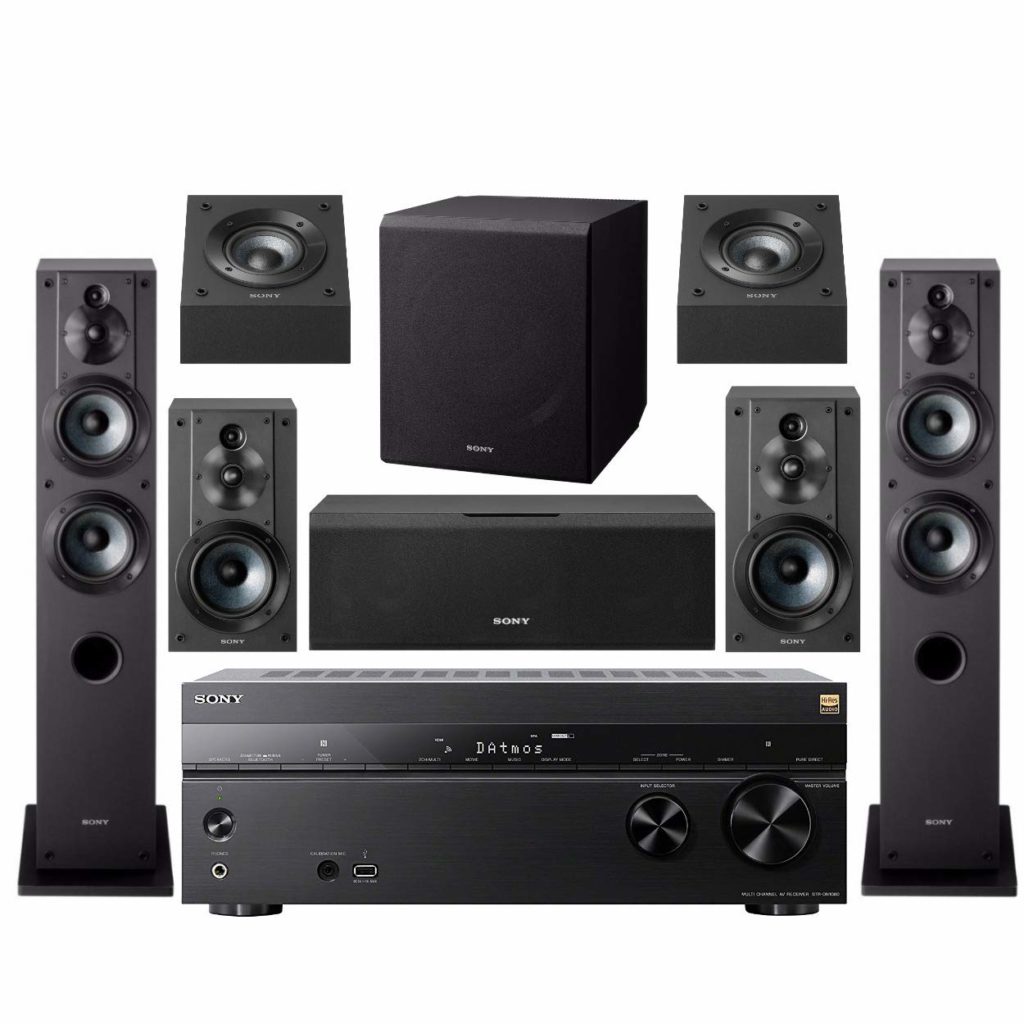 Finally, for those interested in getting in on a great, whole bundle deal, Sony’s STR-DN1080 model receiver comes in a bundle that also includes a quality, full set of speakers and subwoofer. The speakers themselves are from the company’s reputed SSCS5 series, while the actual receiver boasts its own lengthy list of qualities. These include DTS:X and Dolby Atmos support, a rich surround decoding system for 360-degrees of unbeatable sound output, excellent 4k pass-through, and even voice control for the ultimate layer of sunk-into-the-couch user convenience and comfort.